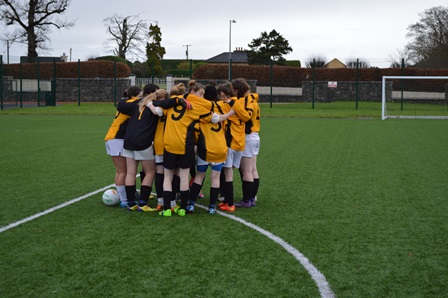 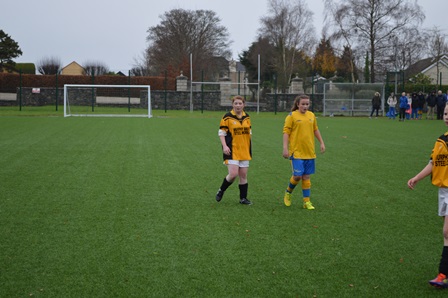 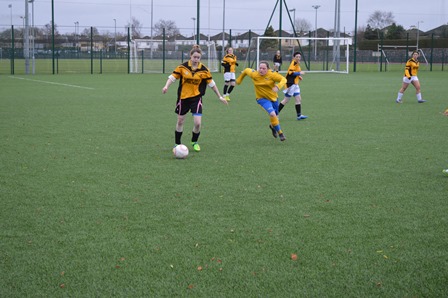 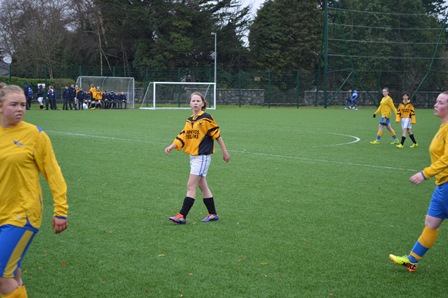 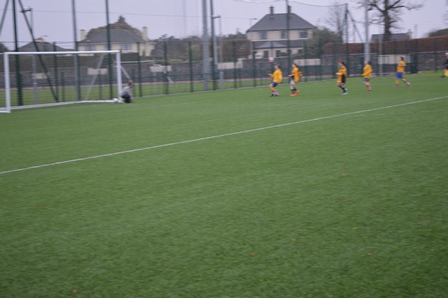 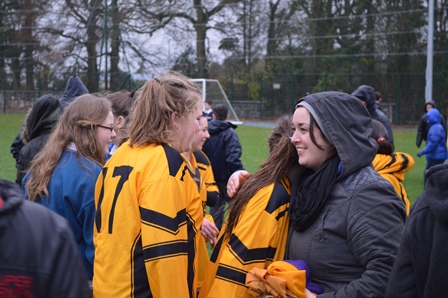 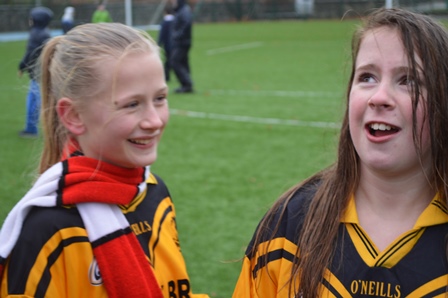 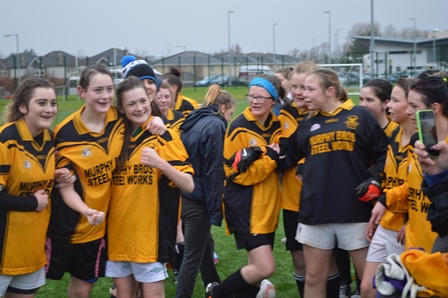 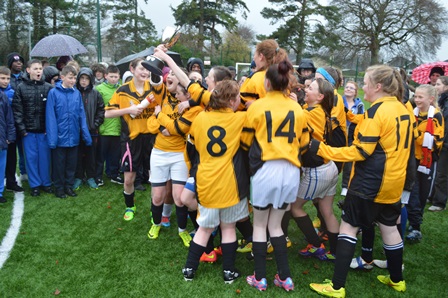 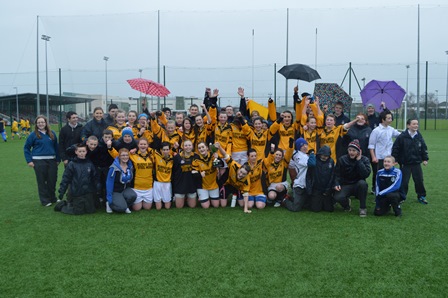 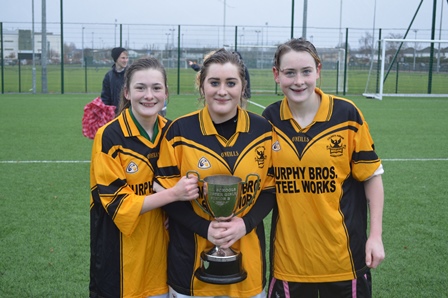 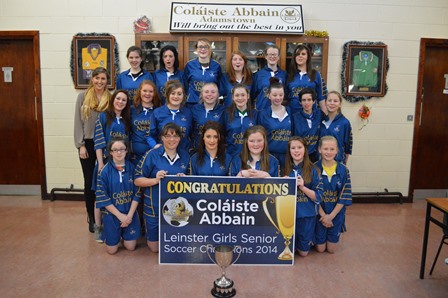 Colaiste Abbain came through a stern test of resilience as they overcame Larkin Community College in the Leinster Senior Girls Schools’ Cup final. The game, played in the harshest conditions, was observed by a huge gathering of supporters from each of the respective schools. Proving that hard work and dedication pays off, Ms. Morris and her team eventually came out on top, on a score line of 2-0 with goals from the menacing Amy Miller and playmaker- in-chief Brenda Whelan.

The game started off, as most cup finals do, with both teams trying to establish early dominance without submitting any opportunity for the opposition to catch them on the counter attack. Kathlyn Furlong and Aisling Whelan were resolute in defence as Larkin College tried, in vain, to take an early lead. Megan Butler proved to be the inspiration for her team as she pulled off three fantastic saves in quick succession, spurring on her team mates in the process. After soaking up everything that the opposition could throw at them, Colaiste Abbain began to turn the screw, with Edwina Whelan showing her value to the team.

Half-time probably came at the wrong time, as Colaiste Abbain were pressing for the goal that would break the deadlock. Returning to the field with a renewed sense of vigour, the girls eventually were rewarded for their perseverance, when Amy Miller capitalised on some lacklustre defending to neatly slide the ball past the stranded ‘keeper. Knowing that the opposition would try return fire, Ciara Booth and Laura Dunne took it upon themselves to hassle every opponent on the field, not allowing them to gain any momentum at all. Larkin Community College, littered with international players, were beginning to get frustrated by the tenacity and determination of players like Katie Goldsmith and Sandra Mahon. Colaiste Abbain were again rewarded for some excellent inter-play between the midfield which saw Brenda Whelan break through and put the game beyond reach.

The closing stages of the game saw Colaiste Abbain assert their dominance, as each player answered the call of duty to ensure that the cup would take residence in their school for the first time. Spear-headed by Ms. Morris the girls displayed an admirable amount of humility in victory, offering the defeated Larkin Community College three cheers before continuing their celebrations with their classmates on the field at Carlow I.T

The All-Ireland Semi-Final is set for the 22nd January 2015. Colaiste Abbain will play the Munster Champions in what will be another milestone for the school. 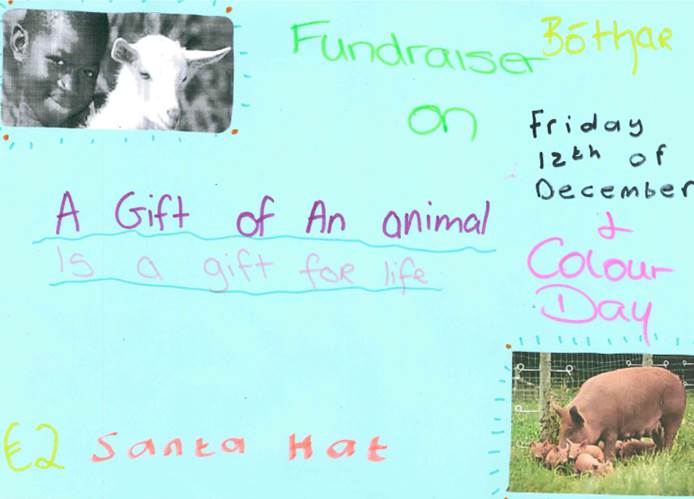 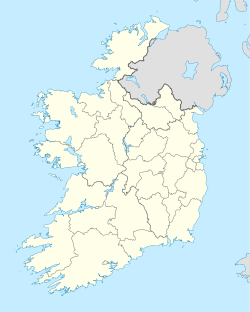 Beginning in February First and Second Years in Colaiste Abbain will embark on a cultural module entitled 'OUR PLACE....MY PEOPLE'.

Students will research, document, plan, interview, film edit, web formulate and launch an exciting web site about life in their locality in former days. Areas such as local history, folklore, archaeology, customs and traditions will be explored by interviewing some of the older citizens in our community.

Their work will be completed by mid May 2015 when their own web site will be launched at a ceremony in the College. The project will be facilitated by Michael Fortune, BA, who is a lecturer at the Limerick School of Art. He has vast experience at this type of work especially in the fields of folklore, film and photography. The project will be sponsored by NAPD and JCSP.

Students work will be exhibited in Collins Barracks , Dublin, as part of Students Creative Engagement Project 2015.

Colaiste Abbain will host our Enrolment Evening for incoming 1st years (starting in Sept 2015) at 7.30pm on Thursday 11th December 2014.